This city calls itself the ‘best small town in Alabama’

H.W. Pearce Memorial Park in Jackson features one of the largest swimming pools in the state. (Dennis Washington / Alabama NewsCenter)

With a population of nearly 6,100, Jackson is technically defined as a city, but the folks who live and work here will quickly tell you otherwise.

“We call ourselves the best small town in the state of Alabama,” said Katie Soderquist, executive director of the Jackson Area Chamber of Commerce. “Everybody knows your name, your kids, where you live – no matter where you go, there’s always somebody watching out for you that can help.”

Welcome to Jackson, Alabama from Alabama NewsCenter on Vimeo.

Jackson is the largest city in Clarke County, nestled among the pine trees of southwest Alabama about an hour’s drive from Mobile. It was founded in 1816 and named after the seventh president of the United States, Andrew Jackson. The people who live here are proud of the community they’ve developed.

“I could have moved anywhere in the world, but I picked Jackson,” said Jackson Mayor Paul South.

With a port on the Tombigbee River, a regional airport and two industrial parks featuring rail and highway access, Jackson offers something for just about every business. One example is Packaging Corporation of America (PCA), an Illinois-based manufacturer of containerboard products and paper that is Jackson’s largest employer. PCA operates eight mills and 90 corrugated products plants and related facilities across North America, including a mill in Jackson that employs more than 500 people. In March, PCA announced plans to launch a three-year, $440 million project at its Jackson mill to convert a paper machine to produce linerboard for corrugated packaging.

“We are appreciative of the continued support from the state of Alabama, the Alabama Department of Commerce, the city of Jackson and Clarke County to help us continue providing quality jobs and a positive economic impact in the Jackson community,” PCA Chairman and CEO Mark Kowlzan said during the announcement of the conversion project.

Another example is Canfor, a Canadian wood products company that employs several hundred people at mills and plants across Alabama, including its U.S. headquarters in Mobile and a plant in Jackson. Grady Bedwell, chairman of the Clarke County Industrial Development Board and City of Jackson Industrial Development Board, said these are just two examples of how regional cooperation among public and private partners is helping Jackson and other areas across Clarke County grow.

“When one ship rises, we all rise,” Bedwell said. “A regional effort can get more interest than what we can as an individual town. I believe it’s the best way to attract industry.”

Another success story is iSpice Foods, an American-based importer, processor and supplier of peppers and spices. In 2016, iSpice Foods invested $9 million to open a processing operation in Jackson. The deal happened thanks to a team of public and private leaders, including the city of Jackson, Clarke County and Alabama Power.

“It made me feel real good,” Bedwell said. “The goals were the same: to get this business up and running and get these jobs in here and keep it going. That’s success within itself.”

Jackson’s appeal among other businesses has also grown, thanks to a tax incentive package developed by the city’s mayor and council.

“I researched some of the programs big cities have to get retail,” South said. “We came up with an incentive package where we offer them some of their money back and give them a good break on the deal. Since 2016 we’ve landed eight businesses.”

Soderquist said recruiting more businesses has gotten easier, thanks to the success those companies are experiencing.

“It’s not that hard because, once people get into Jackson they see the support we offer businesses,” Soderquist said. “When something is about to open, we’ll have phone calls for months ahead. It’s a town full of very excited people who don’t want to have to travel outside of Jackson to have all of the amenities they need.”

A fun place to live

Detouring off the beaten path of U.S. Highway 43 will quickly land you among several places to have fun and relax in “The Pine City.”

H.W. Pearce Memorial Park provides a number of recreational opportunities, including golf, tennis, a playground and one of the largest swimming pools in the state, while the nearby river offers plenty of places to fish.

“We’ve got some great recreation here,” South said. “Having a place that’s close to the Gulf and close to a river is just relaxing.”

The chamber hosts community events throughout the year, the biggest of which is the Jackson Fall Festival on the first Saturday in November. While the arts, crafts, car show, live music and entertainment draw thousands of people to downtown Jackson, Soderquist said there is one event that makes the festival special.

“The lumberjack competition draws people from all over the country,” Soderquist said. “It’s just a neat local event.”

The city offers a number of facilities and amenities for public use, including a senior center and library, as well as four modern public K-12 schools. Citizens can choose a private education at Jackson Academy and seek post-secondary education at Coastal Alabama Community College.

“If you want to get a good education, move to Jackson,” South said. “We’ve just about rebuilt every school here.”

The city is working with Alabama Power to install new LED lighting and security cameras through the city’s public safety program.

“The city is clean and crime is low,” South said. “Enjoy your life and then enjoy your grandchildren. That’s exactly what I’ve done.”

“A lot of people are looking to move out of big cities nowadays,” Soderquist said. “Although we’re a smaller city, we still have the amenities that you need. It makes it a safe and welcoming environment.”

“When you see people that don’t have a job, and they find a job – they find local work, it’s quite moving,” Bedwell said. “If you’ve ever been without one, you know how meaningful it is and the quality of life it brings. It means a lot to see other people succeed and do well.”

News Blight cleanup Council member Daron Bolen commented on the efforts to tear down and clean up abandoned and unsightly properties in the city. He said there are three properties

Administration Masks again required at Clarke courthouse Masks will again be required of visitors to the Clarke County Courthouse as well as of employees working in the building. The Clarke

Legislation required for city to approve sale of draft beer

News This city calls itself the ‘best small town in Alabama’ By Dennis Washington June 9, 2021 H.W. Pearce Memorial Park in Jackson features one of the largest swimming pools 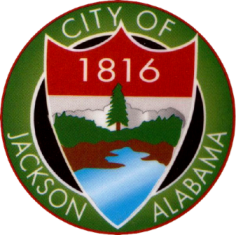